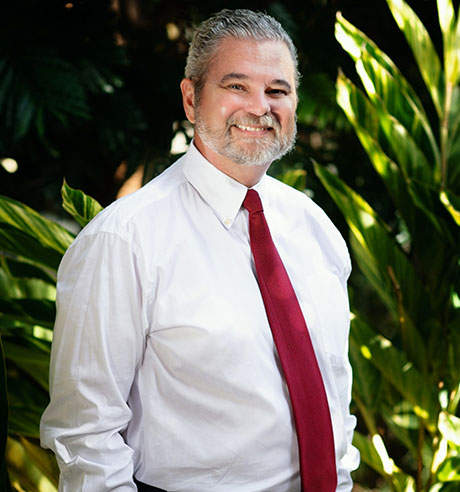 George W. Bush, Jr., our friend, and longtime partner passed away on March 2, 2019. He is survived by his loving and devoted wife, Vicki, and their three children: George III ("Trey"), Zander and Victoria, and he will be missed by all who knew him.

George was board-certified in business litigation and among his colleagues and opposing counsel alike, he was known as a tenacious but unfailingly professional litigator. In 2015, the Martin County Bar Association honored George by awarding him its first Professionalism Award, which is now awarded annually. It was the desire to honor George for his commitment to professionalism that convinced the Martin County Bar Association's executive board to create the award in the first place.

The Governor repeatedly appointed George to the 19th Circuit Judicial Nominating Commission, he served on the 19th Circuit Grievance Committee for years, he worked with Big Brothers/Big Sisters, and he served on the board of the Center for Constitutional Values. He was a mentor or trusted colleague for too many attorneys to list. He was a leader in every sense of the word. He was wicked smart (befitting a man with degrees from both Cornell Law and Georgetown), and he had a deadpan, dry sense of humor.

George's love for vacations, airshows, and the Eagles were among the list of things that made him who he was. His humor, courage, and generosity touched those around him. A true gentleman, his love for others meant that he was always everyone's best friend and made a difference in their lives. George made it his mission to help others diagnosed with cancer, reminding them to never take the doctor's first offer when given a prognosis. He lived his life to the fullest and enriched the lives of others along the way. He will be deeply missed and his legacy will never be forgotten.